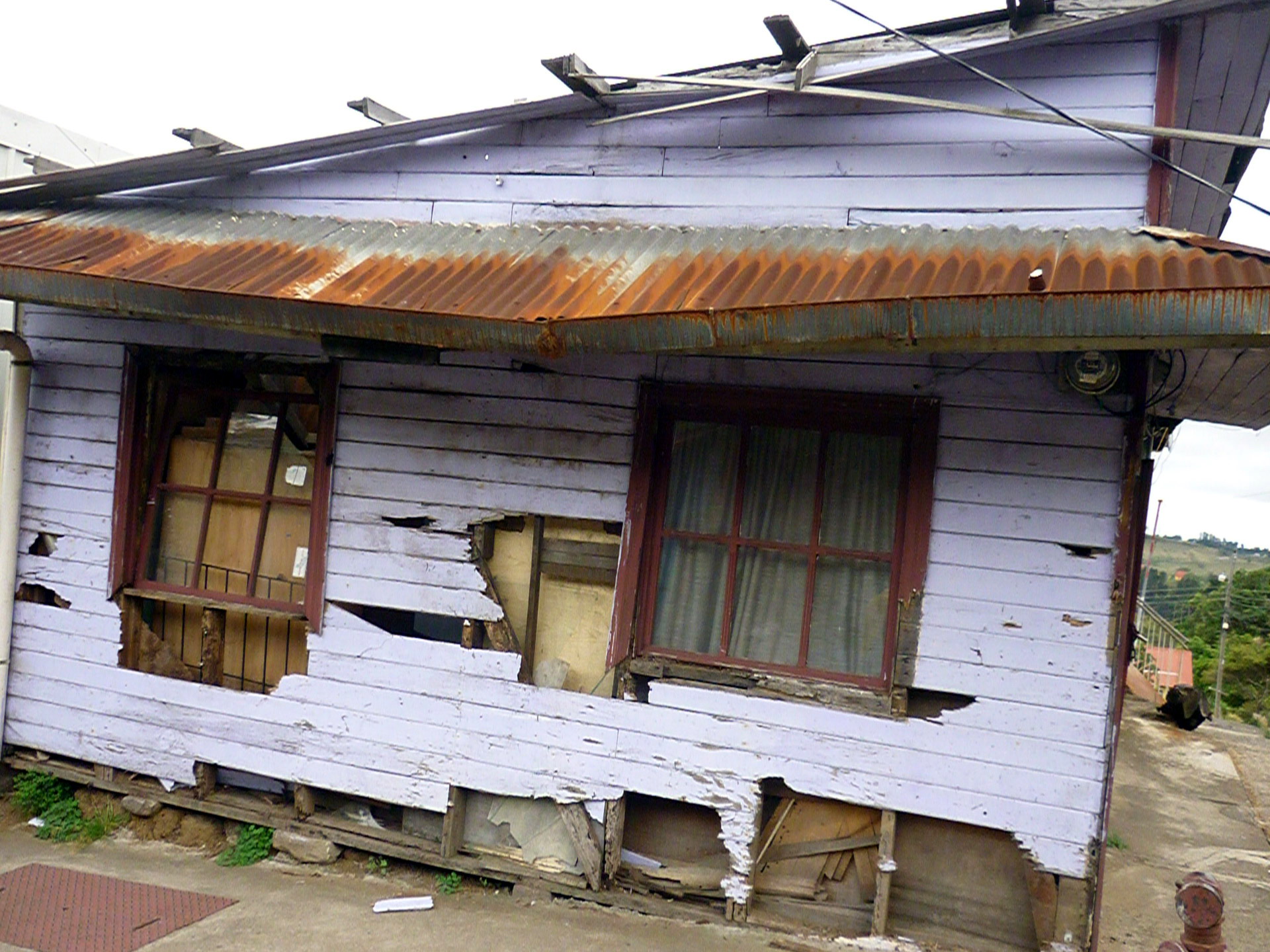 Whatsoever therefore is consequent to a time of war, where every man is enemy to every man, the same consequent to the time wherein men live without other security than what their own strength and their own invention shall furnish them withal. In such condition there is no place for industry, because the fruit thereof is uncertain: and consequently no culture of the earth; no navigation, nor use of the commodities that may be imported by sea; no commodious building; no instruments of moving and removing such things as require much force; no knowledge of the face of the earth; no account of time; no arts; no letters; no society; and which is worst of all, continual fear, and danger of violent death; and the life of man, solitary, poor, nasty, brutish, and short.

The NFL (National Football League) is socialist. All revenue from television and merchandise is shared perfectly evenly between the teams. On ticket sales, 40% goes to the visiting team, 60% goes to the home team.1)Revenue such as corporate box sales, local sponsorship, etcetera is kept by the home team. The draft and salary cap help ensure that destructive (at least for the owners), spiralling player compensation does not happen. The league has tremendous parity – all teams has been to the Super Bowl except for 4  (Cleveland Browns, Houston Texans, Jacksonville Jaguars and Detroit Lions), and 18 different teams have won it. Many of the recent playoff games have been exhilarating and the NFL – in the opinion of virtually everyone who cares about this violent sport- has been fantastically successful.

The English Premier League, which is arguably the most successful sports property on the planet, in contrast, is capitalist. Teams keep their own revenue. Teams have vastly different amounts of money to spend on transfers (in football, you buy players from other teams, with smaller teams selling their star players to bigger teams to fund operations – the record transfer is £85.3 million for Gareth Bale’s move from Tottenham Hotspurs to Real Madrid).2)“Premier League -List of Winners, worldfootball.net, WorldFootball.

In fact, Chelsea and Manchester City have essentially unlimited resources, as they are owned respectively by Roman Abramovich and Sheikh Mansour Abu Dhabi.

So one major league runs according to socialist principles; one runs according to more capitalist principles. Which one is better? Well, that depends on your criteria. If you value the parity that the socialist principles produce, then the NFL model is attractive. If you follow one the EPL’s football giants (Man U, Chelsea, Arsenal, the previously fading and now resurgent Liverpool and the parvenu Man City) and want them to be able to compete with the other European giants such as Bayern Munich, and Barcelona, then the EPL is preferable.4)And because of (European) football’s relegation rules, there is no limit to the degree of excitement in the EPL even if your team is not one of the top ones.

So what does the contrast between the EPL and the NFL demonstrate?

Everything we do in life has rules.

Whether they are the unwritten rules of high school social life, the well-codified rules of ice hockey (including that wonderful Canadian innovation of legalized fighting on the sports field, or ice in this case), or the transitory rules of fashion driven by this year’s runway in Milan, rules are pervasive.

What are rules for? The function of rules is to reduce competition to specific dimensions. Rules mean we can compete in some ways, and cannot compete in others. The shared revenue and salary cap rules mean that NFL teams cannot compete via vastly outspending other teams. But they can compete using ballet as a training technique.

Here are some of the more intriguing restrictions on dimensions of competition I have come across :

Before we explore the question of how to choose between good and bad rules, let us consider the concept of competition for a moment. Nevinomics’ perspective is that properly constructed competition is at the heart of Flourishing – indeed Flourishing is not possible without competition. It pushes us do what we did not think was possible but can also bind us together in ways we could never imagine. The London Marathon is one of the world’s great human events. 34,278 runners (2013) of all abilities – supported by friends, relatives, and strangers – run one of the world’s most gruelling events in athletic gear, gorilla costumes, or wearing only a diaper.11)“It’s Not Too Late to Support a Marathon Fundraising Superstar”, JustGiving, Just Giving. £53 million raised for charity. Seeing what others can do and are capable of inspires us and pushes us to explore what we are able to do ourselves.12)“London Marathon runners continue record-breaking charity haul.” Virgin Money London Marathon, London Marathon Record Crowds

Competition can create purpose, an essential part of Flourishing, though perhaps the Japanese equipment maker Komatsu’s motto – kill Caterpillar – takes competition to a level that should be avoided – or maybe not. Competition requires us to ask questions,13)Dave Pelz developed an empire based on the science of putting with the shaft anchored against the body. The entire endeavour started because he was trying to figure out why Jack Nicklaus always beat him in college golf. to innovate, to devise new ways of doing things, to create cohesiveness and belonging as we tackle the challenge.

And for the individual involved – at whatever level – competing well can be life defining. The amateur golfer who wins the weekend wager may feel as good as the professional… and for most people who reach a certain level of maturity, if they play as well as they can and lose, they still feel good.

Competition also creates resiliency, another essential part of Flourishing. Learning that one can try and lose – and that it’s ok – is an important step to Flourishing. We cannot – indeed do not – want to prevent failures happening to people. We do want that more and more people can cope with the failures and go on to thrive – this is indeed Flourishing.

And, of course, the normal competition we think of in economics – when it works properly – results in better quality, lower priced goods and can force everyone to up their game.

So competition at every level of society and in every human endeavour – in Nevinomics’ view – is part of the foundation of Flourishing.

But competition along the wrong dimensions leads to disastrous outcomes for economies, societies, and Flourishing. War is the obvious example, and my own first-hand experience in Kinshasa recently underscored for me the terrible price in human suffering of unbound violence as an immense country (with ongoing violence problems) tries to rebuild itself from scratch. But even in less extreme cases, the consequences can be severe:

So getting the right dimensions of competition to work well is crucial.

But what does ‘work well’ mean, here? Principle 1 of Nevinomics states that economics is an empirical discipline and Principle 4 states that the objective is to maximize Flourishing.

I am going to introduce the term optimized competition to describe what Nevinomics is looking for – a set of rules to reduce the dimensions of competition in a way that works demonstrably to increase Flourishing.

Even the peanut and hot dog vendors are given their assigned sections and fistacuffs are not allowed to settle disputes.

At the end of the day, the competition is reduced to a field of 120 yards by 53-and-a-third yards with precisely 11 players from each team on it at a time, operating under incredibly complex and strict rules.

This is a lot of cooperation for a little competition … but done properly these competition-reducing rules create a fantastic outcome for the fans, for the teams, and for the players.

Nevinomics would like to see Optimized Competition as a core concept used in policy debates. Once we realize society is in the business of finding the best rules15)The reduction in violence in human society is, in the end, a result of acceptance of more and more competition-reducing rules that restrict how we compete with each other. See Stephen Pinker, The Better Angels of our Nature: Why violence has declined? to reduce the dimensions of competition in a given situation, we can move beyond the sterile debate about capitalism vs. socialism, or whether markets are free. Nevinomics’ view is that the economic concept of free markets is simply nonsense and will not stand up to any degree of rigorous examination. The economics professor who vigorously defends the free markets is more appreciative of rules (that is, government intervention) when they prevent physically stronger people from taking his wallet or car.

So this issue is not rules or no rules. The issue is rather what rules can be shown to maximize Flourishing.

In subsequent Nevinomics articles, we will explore the concept of Optimized Competition in more detail but would like to close this article with a few observations: