You Can’t Get There From Here 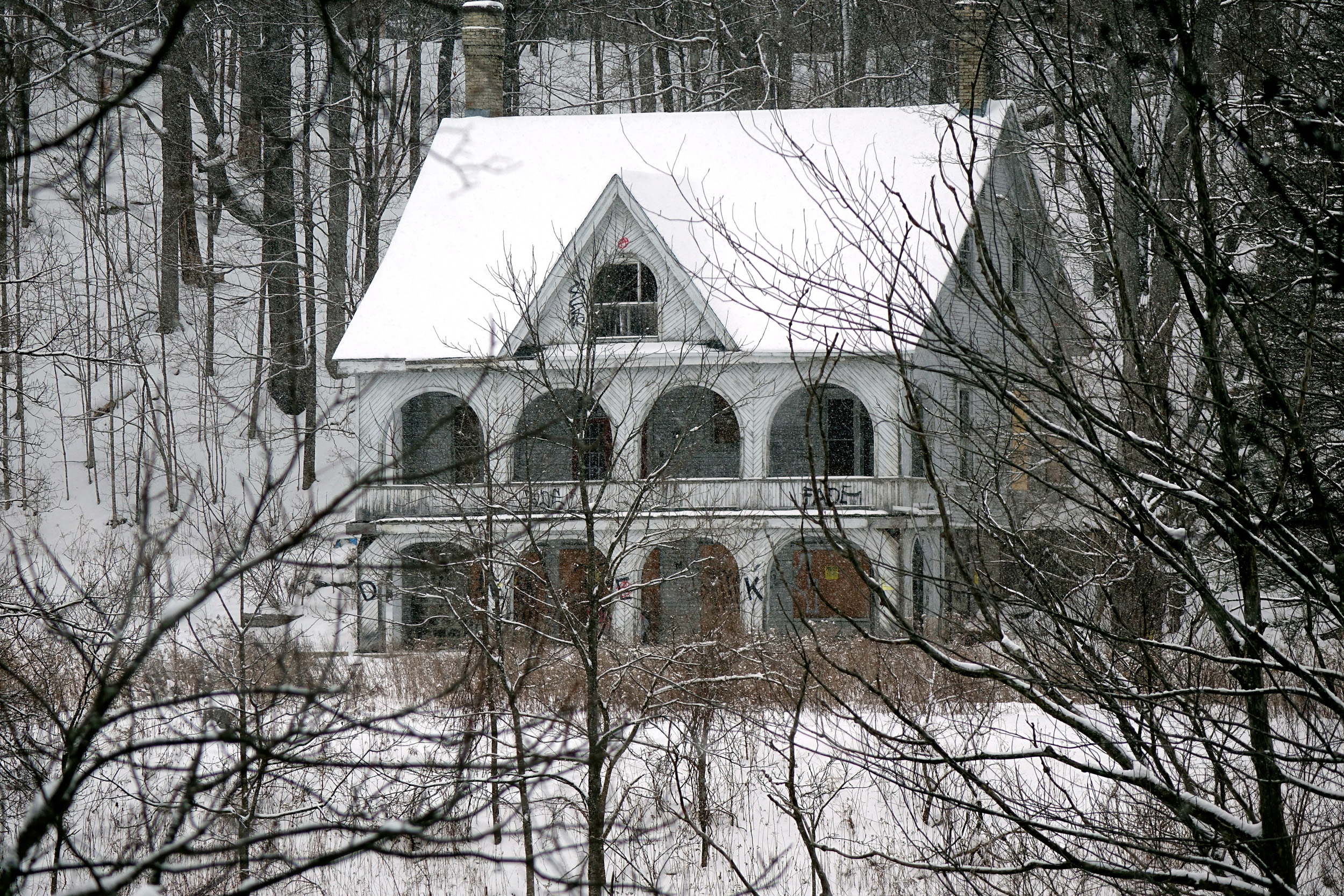 We wanted flying cars. Instead we got 140 characters.
– Peter Thiel, Founder of Paypal

The Tokyo Metro is a marvel of efficiency and practicality: beautifully clean and well-designed with excellent people flow. There are well-marked exits for the entire area around each station and, remarkably to a Westerner, there are clean and modern comfort facilities in every station. The London tube is also a marvel, a global icon with one of the world’s best-known logos, wonderful station names, a rich history, and a surprising Victorian Era experience when you take the creaking elevators at stops such as Holborn or Regent’s Park.1) Tripadvisor Reviewer Dissatisfied with Creaking Elevator at Regent’s Park. Accessed January 26, 2015.

Tokyo’s Metro carries 3.16 billion people per year, while London’s carries 1.065 billion,2)Busiest Subways: About.com. Accessed January 26, 2015. ranking #1 and #11 in the world, respectively, so these are two of the most important systems.

So why isn’t the London Tube like the Tokyo Metro?

Of course, the people running the London tube travel the world regularly and have seen the metro in Tokyo (and Hong Kong, and Singapore, and other modern subway systems). The UK not only has access to, but also supplies many of the world’s most advanced engineering services. It can’t be a question of scale, as they are roughly the same scale within a factor of 2x. And I don’t think it’s a question of money. People in London already pay a lot for their system – more than in Tokyo – and there is a huge demand for fast and efficient transport services in London.

The answer is quite simple but has profound implications for economics and policy (and Flourishing). You can’t get there from here. There is no path for the tube in London to transform itself into a system like the one in Tokyo because of the tube’s starting point. It is not feasible to redesign the system without basically stopping London. The Tube is what it is because of history and its path of development going forward has to work under the constraints of that history, which culminates in the current state of the tube.

This phenomenon is not of course restricted to the tube. All of our Complex Economic Ecosystems (CEEs) – health, education, housing – exhibit the same characteristics. Built up over long periods of time, the pieces are largely in place, and a single firm’s actions have limited effect upon improving performance of the system. As one wag suggested during the Obamacare debate in the US (to paraphrase): Obamacare is not ideal… but if we wanted the perfect healthcare system, we wouldn’t start where we are.

I see this everyday in Nigeria, where there is unanimous agreement that the most important issue for economic advancement is the Power sector. The Federal Government has had the courage to see through a complex and difficult privatization process and has put in enormous public resources to increase the power supply (by a factor of at least 10). But the benefits have yet to been realized: the distribution companies are suffering because there is not enough power to buy. The independent power producers all have gas and solar projects on the drawing board but are not constructing because the risks on both side (gas supply and offtake) are too high. The companies that would build gas pipelines can’t afford the risks of doing something without guarantees, which the other players in the system cannot provide. And the players benefitting from the lack of power – those who sell generators and diesel (and are often politically connected) – are actively blocking progress. So the power ecosystem has hit gridlock.

Somaliland sounds like a theme park displaying African poverty porn; in fact, it is a province of Somali, and whatever one’s image of Somali, Somaliland is a global leader in one area: the transition to the cashless society.3)Globe and Mail: How Mobile Phones are Making Cash Obsolete in Africa. Accessed on January 26, 2015. Despite the incredible effort in the west (and Japan and Korea) to increase penetration of contactless, cashless, and/or mobile money, the reality is that there have been a lot more failures than successes, despite the huge benefits of these technologies (radical decrease in costs from cash handling, an increase in security, speed of payments, and much tighter anti-money laundering).

Why has Somaliland been so successful? The obvious reason is that there is nothing to replace – there is no other currency. A new economic ecosystem takes root much more easily in a vacuum than as a replacement to an existing economic system, as the rapid economic growth after WWII attests. One company can replace another because it operates better, but displacing an entire economic ecosystem is much more difficult, because it requires multiple things to happen at once, and of course the incumbent players are actively resisting change.

Having lived now for 15+ consecutive years (and 22 cumulative adult years) outside of Canada, I am constantly struck by how little things have changed when I return. The same companies dominate the economic landscape – our banks, our iconic brands (Canadian Tire, Tim Hortons). Toronto buses look the same.4)This is not a criticism… it is comforting to get my double double when I come home, despite the foreign ownership. The streets are in the same places. And houses – inside and out – look pretty much as they did in the 1980s, although a few more have granite countertops.

And this lack of change cuts across many sectors:

Peter Andreas Thiel – who gave us the quotation to open this article – said it best.

Despite massive (and continuing) advances in medicine, material science, our understanding of the brain, alternative energy, and a myriad of other areas, we seem only to have scratched the surface of translating these advances into improvements for ordinary people and an increase in Flourishing. Indeed, in many of life’s most important arenas – health, financial security – anyone below the top 5% in the developed world is essentially treading water or going backwards.

As mentioned, Nature abhors a vacuum and, in a natural ecosystem, species fill ecological niches both adapting to and also affecting their environments. In the Amazon rain forest the canopy absorbs almost all the light, creating very difficult conditions for creatures on the forest floor that are trying to Flourish.

Economic ecosystems are no different, and as Complex Economic Ecosystem niches are filled, the resulting structures are very difficult to dislodge. As discussed in When Feedback Fails, there is no empirical evidence that any kind of feedback mechanism exists to push the economic ecosystem in the direction of better performance for the system as a whole.

Perhaps the biggest gap in economic ecosystems is the sub-optimal urban designs that persist for decades or centuries. Toronto, for example, is located on the northern shore of Lake Ontario, and taking proper advantage of its position would make it among the most attractive cities in the world. Unfortunately, in the mists of time, the decision was taken to place the Gardiner Expressway between the city centre and the waterfront, the results of which persist today, despite huge advances in the discipline of urban planning since then.

So where does this leave us? CEEs that are not fit-for-purpose will not change on their own. Only public policy can solve these issues and policy makers need to be much bolder about breaking down existing economic ecosystems that are hindering Flourishing.

One place to start would be with the role of alternative energy for transportation. Basically, electric cars will become mainstream only if an entire infrastructure to support them is put in place. And only the state can be bold enough to put this infrastructure in place given the scale, the risks, and the need for public policies simultaneously.

So Nevinomics challenges Canada to take this on. We can continue to export our oil (which we know is controversial because of it role in climate change), essentially hedging our bets. If climate change is real, we will already be well on the way to replacing carbon-based fuels domestically. If climate change does not materialize, our oil is still valuable on the world market. So, this is a resilient approach: Nevinomics in action.