The Labour Market: The Greatest Market Failure Ever (Part 3) 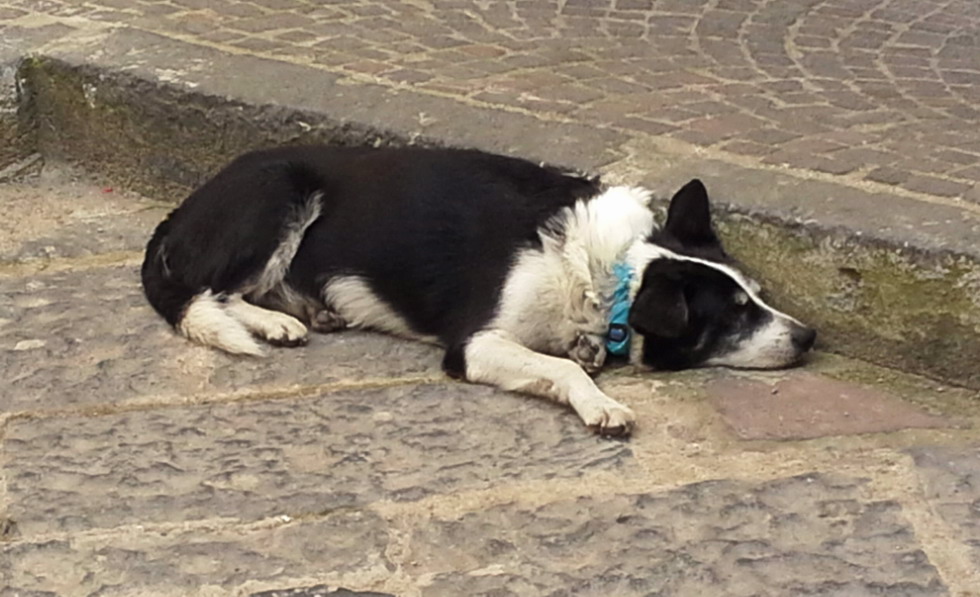 The excitement of vitamins, nutrition and metabolism permeated the environment.
– Paul D. Boyer

In The Labour Market 2, I promised an explanation of the connection between employment and economic (and individual) Flourishing.

The simplistic answer from economic orthodoxy is that by freeing up labour markets, we could solve this problem. But this view cannot be supported. Regardless of the level of development, regardless of the type of government, un- and underemployment are too high.

It seems to me that this must be due to 1 of 2 possibilities. Either:

1. We are running out of work, and because young people are the latest ones to arrive to the labour market, they are the ones bearing the brunt; or
2. We are not running out of work, but there is something structurally wrong with the labour (or other) markets that means that we are letting willing and productive resources sit idle while simultaneously there are lots of valuable things to be done in society.

Which of these is true?

1 cannot be true. Despite a long tradition of the leisure society concept1)“The Futurists: Looking toward A.D. 2000.” (1966). Time. – and the possibility that in the future we will eventually achieve it – that day is not today. There are still plenty of useful things to be done to enhance Flourishing in developed societies. So 2 must be correct. There is something structurally wrong with the way we have organized labour (and other) markets that results in leaving people and resources idle despite tremendous needs and wants.

And as bad as the situation is with youth un- and underemployment, Nevinomics believes it will only get worse unless we confront it.

Why is it happening?

It is happening because much of our economic ecosystem is built in the developed world. Buildings, roads, banks, insurance companies, consumer goods, and the requisite supply chains occupy their respective niches in the economic ecosystem. Aging populations (and in some places, shrinking) mean that overall demand is not growing or not growing much. Take banking as a simple example (and, for once, this is not a criticism of banks): the cost of basic banking has plummeted. What was once done by a teller is now done online. The total volume of basic banking is not changing much – you do the transactions you need to do, and doing more would not add anything to your life. The banks compete, but market shares movements are glacial; competition ensures that products and services are largely the same, and there are almost no real dimensions of differentiation, so it’s not clear how to gain any competitive advantage. Total employment in basic banking is declining.

So what was a traditional entry point for young people – doing the manual transactions in financial services – becomes increasingly difficult to enter, as the incumbents who hold the shrinking number of positions are obviously going to hold on to them as long as they can.2)Of course, many older workers are also affected by this trend, but that is a discussion for another day.

Of course, the fact that it takes fewer of society’s resources to deliver the required banking services is a good thing. We should celebrate that we have freed up time to do other useful things. And in orthodox economics, this should not be a problem – we become more productive in banking and people and capital move on to fill other needs. Everyone gains.3)This was of course a key premise behind Margaret Thatcher’s economics in the UK. As the mines were closed (for good economic reasons), other industries would spring up to soak up the excess resources and people. Except they didn’t, at least not in the Northeast of the country.

The reason it isn’t happening is that once the white space is largely filled in a developed economy – once we have most of the building blocks – companies, products, and people fulfill specific niches and the pace of change slows, eventually by too much. In our Complex Economic Ecosystems, there is a fundamental inertial bias as incumbents protect their ecological niches and sunk capital. And the more complex the CEE, the more difficult it is for incumbents to be dislodged because the attackers need to do too many things simultaneously (and have more resources) to dislodge incumbents.

Related to this is the relationship between capturing and creating value. As discussed in a previous Nevinomics article (1-3: Create Vs.Capture: Hey Dude, Let’s Open a Hedge Fund), as the white space is filled up, the balance between capturing and creating value shifts. It is simply harder and harder to create value – and thus relatively easier and easier to capture value, because there is so much of it already in the economy. So more effort goes to capturing value, which means seizing and defending valuable niches in the economic ecosystem. For the labour market, this means:

The overall result is an economic metabolism that is too low and sees too much effort expended on capturing individual value at the expense of the functioning of the system.

Here is an example from my own experience. Professional services firms are driven by the energy of young people who see some non-zero percentage of attaining a lucrative partner position. Partners require a large number of associates per partner to maintain their incomes. And not all associates can become partners. But when the overall market for professional services is growing, the probability that an associate will become Partner is high enough to entice the tremendous sacrifice required to be a high-performing associate – there is a reasonable chance of getting the reward. What happens when growth stops? Well, it’s a problem. The incumbent Partners pull up the drawbridge, and the associates reassess the odds and leave. The model no longer works.

It is this shift in the relative balance of capture versus create that is the heart of the problem with the labour market in developed economies today.

The forces of competition at the complex economic ecosystem level – creative destruction in Schumpeter’s term – become too weak in developed economies as the strength of imbedded economic structures becomes too great. New technologies are diffused slowly, and the good-enough becomes the enemy of the great-and-bold.

At the economy-wide level, the current Eurozone woes are of course the poster child for this challenge. At the beginning of this crisis (in 2008), Germany was still viewed as the economic powerhouse. And it continues to have a formidable export machine of very high-value-added products. However, it has become painfully obvious that Europe’s economic metabolism is too slow, aggregate demand is too low, and futures for many of Europe’s young people (starting with Italy, Spain, and Greece but also moving elsewhere) are too bleak.

Another manifestation of this slow economic metabolism in developed economies is that less developed countries can leapfrog more developed countries. Mobile phones are ubiquitous in Africa, as they skipped fixed line technology. Somali has the most advanced mobile money technology because it has no currency. Japan eclipsed China of the Qing Dynasty, as the latter – a developed nation – stopped changing. And the US – with its wide open spaces, no population (after largely wiping out the original inhabitants through war and disease), and abundant resources, passed the wealthiest country per capita of the 19th century, the UK. There is even a term for this: the advantages of backwardness.5)Brown, Robert M. C. F. C. A. “Debt: The First 5000 Years.” [In English]. Charter 83, no. 3 (April, 2012): 73.

The reality is that it is generally easier to build something where there is nothing rather than try to replace what exists (see article, You Can’t Get There From Here). This is both because the need is greater and because energy is not expended fighting the incumbent. On a small scale, we see this in redecorating a home. People seldom go to the trouble of redecorating an existing home. It takes time, energy, and money. And the old furniture is likely good enough, although not optimal. When moving home, however, the equation is different and the need is there. So the new home gets decorated.

So what does all this have to do with youth un- and underemployment in developed economies? Just this: we need a faster rate of change in the economy to make sure that youth have opportunities. We simply are not redecorating fast enough.

In a world with aging and possibly shrinking populations, redecorating fast enough can’t rely on demographics, and it can’t rely on incumbents in comfortable, complex, economic ecosystem niche leaders who will certainly adapt to protect their positions but not necessarily in a way that will solve the employment problem.

What is needed is what Nevinomics calls Optimal Development Pressure. This refers to a continuous pressure for change and to improve productivity from policy makers. This pressure cannot be too much. It also cannot be too little, as we all know an organization that has no performance targets or measures will atrophy.

In the public sector – education, police, health – it is obviously up to the government to directly apply this pressure. Governments need to hold their own public services accountable and be prepared to take bold action to make public services better.

For the private sector, it is once again up to the government to put in place the regulations that will apply the right amount of pressure. Anti-trust regulations are obviously important. Just as important is being prepared to take on complex economic ecosystems that do not work.