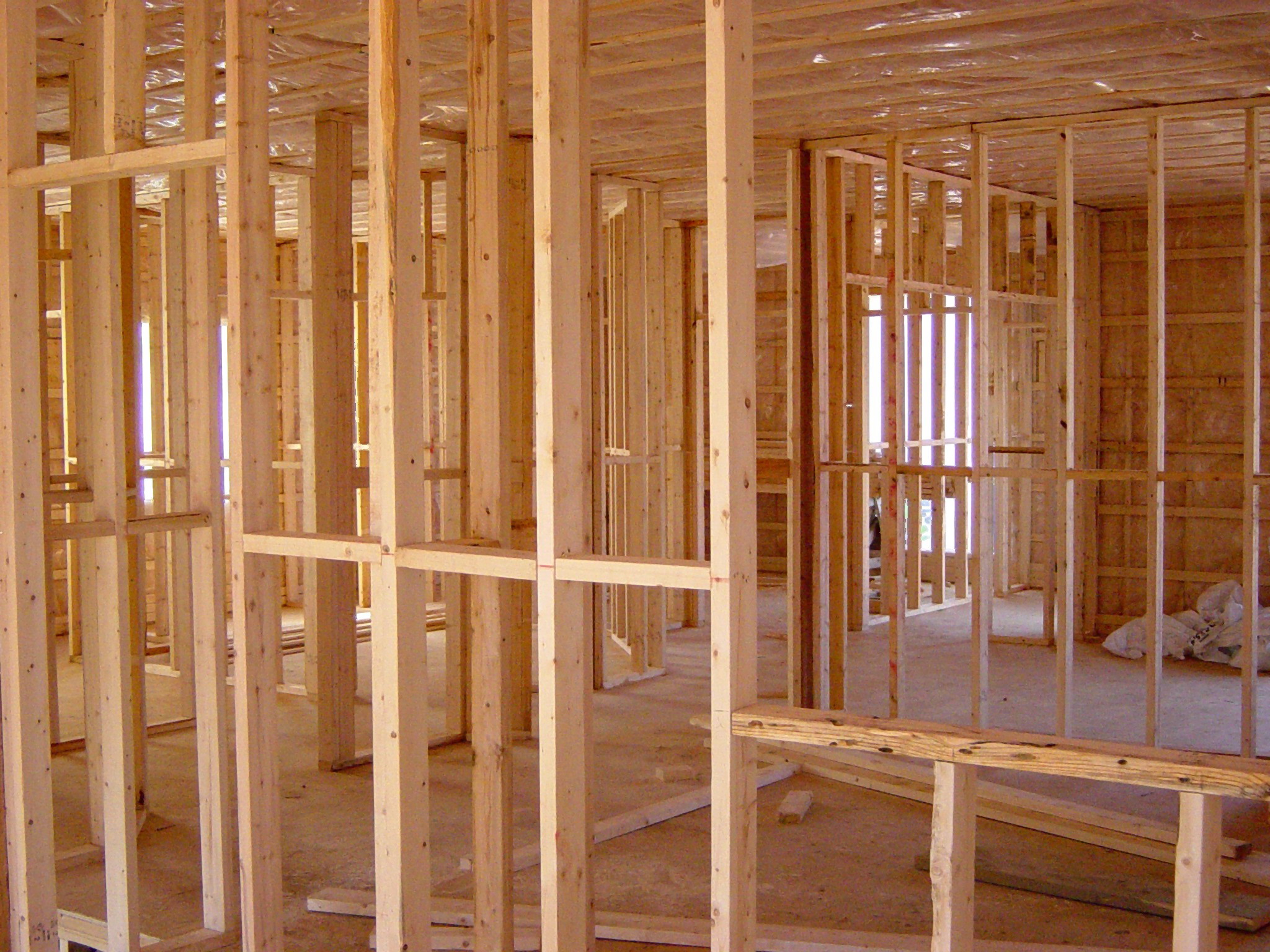 “ ‘Well, Dr Sacks,’ he said to me. ‘You find me an interesting case, I perceive. Can you tell me what you find wrong, make recommendations?’ ‘I can’t tell you what I find wrong,’ I replied, ‘but I’ll say what I find right…’ ” –  Oliver Sacks

How can we understand the brain, the most complex creation in the universe? Neuroscientists have long understood that one important technique to understand the brain’s functioning is to study the brain when some accident, congenital defect, or intervention means the brain now lacks something. For example, a corpus callosotomy requires the severing of the corpus that connects the two hemispheres of the brain and is a procedure used to treat epilepsy. Tremendous insight has been gained by studying the impact of this procedure on the patient’s speech and motor activities, including the basic insight that the left hand of the brain controls the right side of the body and vice versa.

Economics also could be much more effective if it adopted a similar technique. Studying in Cambridge, MA in the early 1980s, I and my fellow graduate students and our professors were surrounded by the most advanced economy of the world.1)And, as it turns out, we were studying it at its zenith … using the Genuine Progress Indicator (as discussed in Addressing Alternatives to Flourishing  – Addressing Alternatives), the economy in the US actually produces about the same amount of useful goods and services per capitas as in the early 1980s, there has been improvement since then. But we were like someone studying the ocean but not recognizing the fundamental role of water in the development of marine life; in retrospect, it is easy to see that the economics profession really misunderstood what foundations are required for a modern, industrial, capitalist economy to function.

For me, the best recent illustration of the consequences of economists’ misunderstanding of how an economy actually works is the disaster of Russia following the dissolution of the Soviet Union. In October 1991, President Boris Yeltsin announced a series of radical, market-oriented reforms that were dubbed ‘shock therapy’ or the ‘big bang.’ The objective was to transform the Soviet control-and-command style economy into a well-functioning capitalist market economy, building on Russia’s excellent education system and vast natural resources. These reforms were fully supported by the IMF and other pro-market academics.

I can understand (having been there myself) that from the perspective of someone  sitting in Cambridge, MA (or Chicago, or Minneapolis, or Palo Alto), these seem like excellent (and obvious) policy recommendations.

Unfortunately, the results have been a catastrophe that will continue to plague Russia for decades. There were many elements of a functioning capitalist system that Russia lacked in 1991, but among the most obvious were proper rule of law and enforceable property rights. In the absence of these, Russia’s state-owned enterprises and natural resources were captured by those who were the strongest and most aggressive, who in many cases were simply violent criminals.

This kleptocracy fueled a spectacular increase in billionaires, a boom in London-based property (as the UK  has welcomed wealthy elites from abroad), and a vigorous financial sector in offshore havens such as Cyprus that welcomed capital fleeing Russia.

However, Russia itself continues to suffer from:

All-in-all, this performance makes one wonder if the west was deliberately sabotaging Russia’s transition out of communism with its cheer leading of the shock treatment.

Let us contrast Russia’s experience with that of China. China’s reform programme was slow and deliberate. State assets were privatized only gradually and many of the most valuable companies continue to be in state hands. Wages rose as productivity rose and 500 million people have been lifted out of poverty. And while there are many challenges in China’s economy and society (corruption, rule-of-law, pollution, conflicts with Asian neighbours, to name just a few), on the dimension of making the transition to a modern capitalist state, China’s performance has vastly exceeded that of Russia.

One key aspect is the privatization of state assets. It is an article of faith that privatizing state-owned assets should improve economic growth. Unfortunately, once corruption is an issue, this is simply not true. All privatizing state assets does in an economy with weak social institutions and high corruption is provide the opportunity to steal the entire value of the asset rather than just the profit flow from this year.

What are some of the lessons we can learn from this? I think the most important lesson is that a well-functioning economy has to be constructed. This does not mean that command-and-control works, or that the state needs to be large and intrusive. What it does mean is that policy leaders need to be deliberate and thoughtful in putting the pieces together.

Like Oliver Sacks’s study of the brain when it is damaged, my own work in Nigeria provides an informative study of what it requires for an economy to function by demonstrating the impact of missing something (or many things).

Nigeria is a remarkable country. 170 million people,50% Christian, 49%  Muslim and1% mixture of indigenous religions.4)“Global Religious Landscape,” (2011) Pewforum.org, accessed March 23, 2014, http://features.pewforum.org/grl/population-percentage.php With the largest population in Africa,400 languages spoken, poised to become the largest economy in SSA as it passes South Africa in 2016, and the largest oil producer in SSA, it has survived a civil war in the 1970s and military rule in the 1980s to emerge as a chaotic, noisy, vibrant democracy with tremendous challenges but also tremendous potential. And of course, it is at the economic heart of a complex and immense continent that is changing at remarkable speed. Nigeria is itself roughly twice the geographical size of the state of California but only a small corner of sub-Saharan Africa.5)“Nigeria Home,” The World Bank, accessed March 23, 2014, http://www.worldbank.org/en/country/nigeria 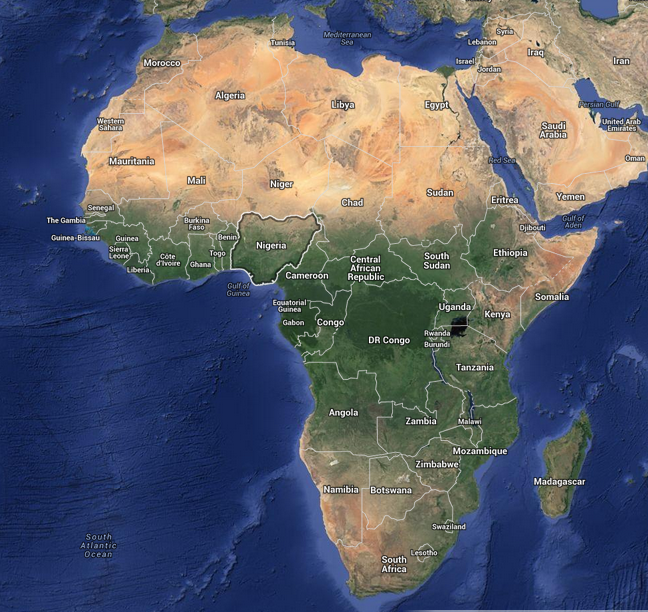 In my role as strategist and consultant to the public and private sectors, I have a front row seat to the construction of a large economy.

As the Russian experiment demonstrated, an economy does not arise from whole cloth7)Or from the Free Market Fairy; it must be woven one thread at a time and requires meticulous inclusion of all the elements that will allow a whole and comprehensive system to emerge. We miss this in orthodox economics because the threads have been spun and woven into place over centuries and – like the development of a human brain – this process has been invisible to us. Thus when we advise other economies on how to develop, we might not be immediately aware of some essential framework features of a successful economy: a stitch is dropped and a hole develops.

Some of the pieces that are most important for Nigeria at the moment are:

Finally, supporting it all should be a well-functioning public sector, relatively free of corruption, that drives the policies and infrastructure that allow these building blocks to be put in place.

In observing Nigeria’s and Africa’s development, what you see is the incredible importance of what Jim Collins10) Jim Collins. Good to Great: Why Some Companies Make the Leap and Others Don’t (New York: HarperCollins, 2001). calls the “the flywheel effect” in his book, Good to Great.

Essentially, small advances made in the economic infrastructure enable other advances to be made. Security improves, so individual companies can spend less on private security and have more to invest. Petty corruption (e.g. a USD50 facilitation payment because your Yellow Fever Vaccine Certificate is ‘not valid’) declines, so foreign investors are more comfortable. Internet infrastructure is faster, so it is easier to run your business.

Synergies are created as each of these small steps makes it easier for other small steps to be taken. Thus is it like the flywheel, which takes a big push to get going slowly, but once going requires less effort for each incremental improvement in speed.

And this thinking is pervasive among people who actually construct economies. Terms like building the economic ecosystem for agriculture, for example, are well used and well understood by those of us in the field whose trade is to build economies. Yet, in mainstream academic economics, this is an alien concept, as the assumption is that Complex Economic Ecosystems (CEEs) that serve society purportedly arise on their own and competitive pressure drives them to perform better and better (a conclusion that Nevinomics disputes and is discussed in other Nevinomics articles such as 2-3: When Feedback Fails).

In developed economies, flywheel thinking is used by those who consider how to create an attractive urban environment to attract high value jobs. Issues such as the presence of a university, the availability of certain types of amenities such as restaurants, bike paths, theatres, music, affordable housing, and the like, are all elements of creating that environment and each element builds on the other. This type of economic ecosystem is not simply left to the Free Market Fairy, but is actively constructed. Even straight-laced Singapore deliberately created a slightly racy bar district to be more attractive to expat financial and other professionals. And all of the top 5 cities to live in the world (typically Vancouver11) Vancouver’s hubris is well expressed by its indignation whenever the city ranks less than #1. Of course, I think its top ranking is well deserved., Zurich, Melbourne, Munich, and Vienna) have deliberate (and superb) urban planning policies to maintain their extraordinary environments.

But thinking about it this way highlights what is the extraordinary challenge for policy makers who have only limited energy and bandwidth to do things. They can make only a few interventions, so they need to choose those that will have the biggest fly-wheel effect by creating conditions for other improvements to go ahead in their turn.

So they need – as is suggested in Principle 2 – Systems Thinking. This is not easy to do – particularly as we do not generally train for it or even understand it. And certainly few  policy-makers possess this (at least judging by many of the policies I see enacted in developed economies). Scarce political energy is easily wasted on trivial, remedial, or counter-productive policies, while policies with synergistic potential are ignored. And perhaps worse this same scarce political energy is wasted in completely unproductive ways (we could of course have a long debate on whether the antics in Toronto politics actually create value as anything lost running the city is more than compensated by the world wide entertainment value).

I do not have precise empirical evidence, but based on my own 26+ plus years immersed in many different economies and societies, I want to speculate on the 3 areas that seem to me are very likely to be in the list of interventions that possibly have the greatest flywheel effect and hence the greatest return on the scarce resource of political energy. Of course, the overall system value of different types of interventions needs careful empirical study12) And based at least on what I have been reading, this careful empirical research has not been done, at least on the overall system impact. (As Nevinomics Principle 1 states, Economics is an empirical discipline), but as a layperson, these areas strike me as very likely to be high on the list. the 3 are:

These areas will be explored in depth as Nevinomics develops.