Social Limits to Growth – in Memory of Fred Hirsch I: Positional Goods 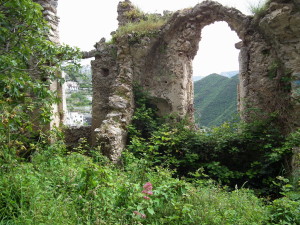 “There is lots that is new and good in this draft thesis… unfortunately, what is good isn’t new and what is new isn’t good …”

And some things that should not have been forgotten were lost. History became legend. Legend became myth. –

–  Galadriel, Lord of the Rings

Most – if not all – of the important findings of the social sciences have probably been thought of before. 1st c. India had a very sophisticated view of human nature; Aristotle thought deeply about what constituted the good life; Confucius developed a complex political theory based in a theory of human nature.

As Nevinomics has taken shape, I have been struck by the wisdom of previous thinkers, wisdom that has been lost.

Social Limits to Growth is one such source of wisdom. Its author – Hirsch – worked in the financial industry for many years before taking a break at Nuffield College, Oxford.1)Nuffield College is a brilliant invention. It is a College with no students, so no one to bother the faculty and distract them from their own work and College dinners. It is hard today to imagine a practitioner who actually works in the economy getting the chance to explore what he/she has learned in a mainstream academic setting.

He died tragically of ALS at age 46, just as he finished Social Limits to Growth. He had two great ideas.  I hope this and a subsequent article can play a small role in resurrecting these simple but profound thoughts. The first idea is the following: Growth is inherently limited because, after a certain level of material comfort is reached, the goods you want are wanted precisely because others do not have them. These are Positional Goods. Positional Goods include things that are scarce by nature or goods that are valuable only because they are scarce. Examples include:

So even though you are wealthier, you are no closer to attaining these positional goods, because their price has also moved up. In fact, you – and society as a whole – are worse off because the competition for Positional Goods elicits a tremendous amount of effort from a large number of people… with no commensurate compensation.

As Hirsch puts it so well:

The choice facing the individual in a market or market-type transaction in the positional sector… always appears more attractive than it turns out to be after others have exercised their choice…2)Fred Hirsch, The Social Limits to Growth, Harvard University Press: 1976, p. 52.

So there is a fundamental contradiction as a society gets wealthier: People want to consume more Positional Goods. But collectively they cannot. So there is conflict between what an individual can achieve and what can be collectively achieved (yet another example of Systems Thinking).

Hence the title – The Social Limits to Growth. Economic growth is constrained not by technology, or lack of resources, or poor organization. In fact, economic growth can continue (Hirsch did not consider issues of ecological limits to growth); however, it does not necessarily contribute to well-being. We are, collectively, worse off.

This is a deeply unsettling conclusion that poses fundamental questions about the economy and society. For politicians and economists who equate economic growth with good, it is a challenge. Economic growth on its own does not necessarily improve welfare in society (and in fact there are huge variations in nations’ efficiency at translating economic growth into well-being.)

Indeed, even for Nevinomics, which has a certain cocky assuredness, this is of great concern. Nevinomics has made individual Flourishing the objective of the economy. And Nevinomics has implicitly assumed/asserted that Flourishing is available to all members of materially advanced societies. But perhaps this is not true. If Flourishing requires that one needs to obtain certain positional goods, then not everyone can Flourish. Certainly some societies do better at facilitating Flourishing than others, but if Denmark – with its Flourishing rate the highest at 41% in one of the few empirical studies3)See Huppert and So, 2013: Flourishing Across Europe: Application of a New Conceptual Framework for Defining Well-Being. Accessed August 5, 2015. – is as good as it gets, this is extremely worrying. Even in Denmark there is a limit to good coastline and to positions on the Lego or Carlsberg Executive Boards.

Nabbing one of the very few positions at the most prestigious colleges and universities is a pure Positional Good. And one of the great games played by middle and upper-middle class parents in Canada, the UK, and the US – and I admit to playing it4)And not only playing it, but also to an unconscionable amount of pride when one of my offspring graduated from what the Times in Britain ranks as the world’s greatest university. – is the scramble to get one’s kids into the best places. Places at Harvard, Oxford, and Stanford are severely limited, and tiger moms of all ethnicities are there to push their offspring to excel in all the areas required for Harvard College admission.

So if the Social Limits to Growth (SLG) is not to limit Flourishing, it means that Flourishing has to be decoupled from Positional Goods. Is this possible? Nevinomics thinks so. Let’s go back to the key components of Flourishing. Nevinomics chose individual Flourishing as the key objective of the economy because,  as noted elsewhere, Flourishing:

At its core, Flourishing is not about being in a certain position – it is about velocity (movement with purpose), connectivity, and resiliency. Flourishing is active, dynamic, economically secure, but not hierarchical.

Flourishing also implies a certain type of self-aware agency that recognizes that the value is in the journey, supported by enough economic strength to enable agency, and that one should not and cannot rely on attaining certain Positional Goods to define the Good Life.

So, as a life strategy, pursuing the top 10 goal makes sense only if the journey is of value in and of itself. That is, you are Flourishing along the way. If success is defined only as reaching the goal, then it is almost certain that you will be a failure, which is certainly not conducive to Flourishing (nor a great strategy).

And this applies again and again to Positional Goods – not everyone can be company CEO, Nobel Prize winner, rock star… so, if Flourishing is to be widespread, most of the population has to be able to Flourish without attaining these Positional Goods.5)In fact, there may be a negative correlation between Flourishing and Positional Goods… the pressure that people feel when they go to Harvard, win the Rhodes Scholarship, etcetera, is immense and very often debilitating.

Ultimately, the Social Limits to Growth present a powerful challenge to economic orthodoxy. Mindlessly pursuing GDP growth does not necessarily increase social welfare. But I do think SLG is compatible with Flourishing; indeed, thinking deeply about SLG necessarily leads to an understanding that Flourishing does not necessarily mean attaining all the Positional Goods. And this is a very good thing.6)We will address this further in later articles, but let me reiterate, for now, that Positional Goods would cease to be such were everyone to have them. By this I do not mean to suggest that Positional Goods should be maintained for the rich, but simply that it will never be possible to secure them for everyone because the rich will always find new goods as the old ones cease to be positional – they are defined externally and not intrinsically.

In closing, let me again pay tribute to Seymour Hirsch, a brilliant man whose life was too short. His ideas are profound and it is disappointing to see them not more widely understood.7) In a subsequent Nevinomics article, I am going to examine the second big idea he had: the impact of commercializing something means we do too much of this – the commercialization bias. Examples are private health care in the US and what I find personally immensely offensive – a for-profit university.