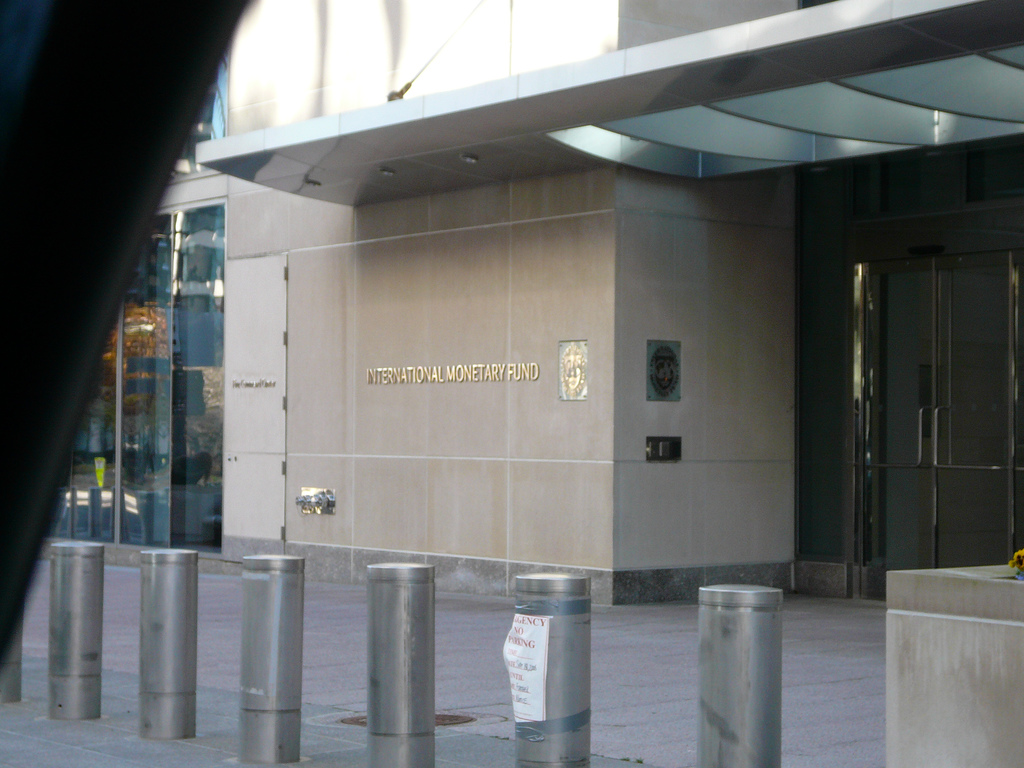 Nevinomics tries to see the good in most people and organizations. But I find it difficult to see much good in the IMF. The ‘Washington Consensus,’ in its application as economic reform policy that promotes market-driven economies for developing nations, for example, caused untold suffering around the world, particularly in Africa.1)While there is little consensus on what is meant by the term, “Washington Consensus,” this analysis by Nancy Birdsall and Francis Fukuyama (2011) captures the damage that was done by the popular construal of the term, as well as the clearer perspectives that have emerged since. The Post-Washington Consensus: Development After the Crisis. Accessed July 28, 2015.

In fact, I remember a telling comment from then Governor of the Central Bank of Nigeria (Governor Sanusi, now Emir of Kano – banker turned religious leader, which raises its own questions) in 2009: ‘Andrew, you have to understand that all of the successful emerging economies have nodded politely when the IMF has told them something, and then not done it… the problem is [that] in Africa we have done what they said …’

Perhaps the best that can be said about the IMF is that they are slowly learning.2)See also, my article, System Deterioration: The Impact of Universal Austerity.

So what is the IMF learning now? They are learning that it is a perfectly legitimate question to ask: why would a nation want to pay down its debts?3)Guardian Article. Accessed June 17, 2015.

This is a profound question and a question over which there is enormous confusion, confusion that causes immense suffering. The main reason for the suffering and confusion is the moral dimension that we impose upon government debt repayment – not repaying debts is a signal of moral turpitude and in some places today (and many in the past) one could go to prison for not paying debts. And, of course, for Greece – which has suffered a contraction of the economy of 26 % in the last 5 years – the moral disapproval is at the heart of the matter. The German wife saying the Greeks had their fun and have to pay is a very large part of current political calculations.4)The famous story of Pinocchio also has this obvious moral dimension. The boys had their fun on Pleasure Island and had to pay for it by become working donkeys.

Nevinomics believes we will start to understand – and use – debt much better if we dispense with the moral dimension. It is simply an arrangement… and, of course, it is a risk. If it weren’t a risk, we would all pay the ‘risk-free’ rate… which we don’t. So by accepting higher than the risk-free rate, the lender is already acknowledging that there is a possibility they may not be paid back. To put this another way… if the lenders are so insistent that Greece pay back what it owes, why didn’t they charge the rate Germany receives for Bundes Bonds?

So, let’s try to put the emotional baggage we carry with debt aside and ask simply: for a country with a reasonable amount of debt, does it really matter if it is paid back? Before we answer this question, let us consider what debt means for a company and an individual.

For a company, the mix of debt and equity is a business decision, based on cash flow, taxes, volatility and a whole range of other factors. Because interest is tax deductible, there is in fact a bias for having debt, and leaders who pay off corporate debt will see their share price fall. With excess cash, the optimal strategy is often to buy back shares (equity), in fact increasing the debt-equity ratio.

For an individual, the calculus is slightly different. Because the individual has a finite life and most people do not want to die with debts,5)This is itself an interesting question… why wouldn’t you want to die with debts? If you did have a significant legacy to leave, it would seem the optimal strategy is to amass the most debts before you die, when they are expunged. Why more people don’t do this is partially because when you will die is uncertain, but also because of the moral disapprobation discussed. it may make sense to extinguish debts before stopping working. However, if an individual has significant assets, then her situation looks more like that of a company, and having debt is just a financial decision. When she passes away, her heirs will have both the assets and liabilities, but the assets will presumably be worth much more than the liabilities.

So now back to the issue at the level of a nation. Is a nation more like a business or an individual? The business, obviously. And in fact it has greater permanence than a business, so has even stronger reasons to view debt as simply a policy decision. This policy decision is based on factors such as economic growth, tax burden, spending requirements, etcetera, and, like all policy decisions in a democracy is driven by the need to satisfy at least some subset of voters in some way.

So here are some of the factors that would influence the optimal level of debt:

Now, these points are not particularly sophisticated. Anybody familiar with public finances would make the same points. The issue, then, is why does the IMF seem to take so long to understand what is not that complicated?

And when the market provides money at 2.25% (the current 10-year bond rate in Canada) we should almost certainly find useful things to do with this money.6)Remember when someone borrows at 2.25% for 10 years, they have this money for all 10 years at that attractive rate. If interest rates rise, the value of the bond will decline, but this does not affect what the borrower pays.

Readers of Nevinomics will know what I am going to say: it is almost certain that at this attractive interest rate, investments in the physical and mental well-being of the population will pay for themselves in reduced health costs and increases in production and productivity. More importantly, such investments not only pay for themselves in strict economic terms, but also massively increase Flourishing.

Kudos to the IMF for increasingly admitting when they are wrong… perhaps the day will come when Nevinomics thinks the IMF is actually a force for good!

Previous postAndrew Interviewed on CNBC Africa: The Uber Revolution Next postSocial Limits to Growth – in Memory of Fred Hirsch I: Positional Goods