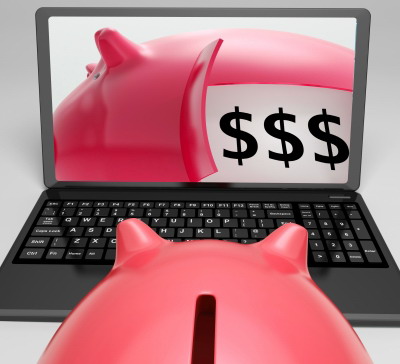 Publicity is justly commended as a remedy for social and industrial diseases. Sunlight is said to be the best of disinfectants; electric light the most efficient policeman.
Justice Louis D. Brandeis

Nevinomics is in favour of a cashless society. Not only does this reduce transaction costs hugely – moving cash around is very expensive – but it will also, in our view, dramatically improve security and reduce crime. This is both because it is harder to steal non-physical cash, but also because one is much more reluctant to engage in illegal activities if there is a cash trail.

Not only would it have a huge impact on illegal narcotics, but it would also reduce corruption, something that seriously hampers Nigeria, where I live.

Sweden is not a country that has to worry much about corruption. Nonetheless, Nevinomics thinks it is a terrific move to slowly eliminate cash, and policy-makers there clearly see benefit.1)“Farewell to Cash? Expect it to be a long Goodbye”  Accessed November 25, 2014.

Of course, there is the obvious privacy argument – with no cash, everyone’s transactions are traceable… so your Hello Kitty fetish or your attachment to an imprudent amount of Irish whiskey could be laid bare.

And there is the issue that in a country that eliminates cash, illegal activities will start to use another currency, likely USD, though I think in developed economies, this is less likely.

Canada is making an effort (Don Pittis summarizes Canada’s cashless efforts very well),2)Don Pittis on Canada’s Cashless Status: CBC Business Accessed January 18, 2015. but unfortunately, it does not seem a matter for public policy. Rather, private economic actors are trying to create cashless economic ecosystems. As Pittis rightly notes, this approach will result in cash hanging around for too long, with slow adoption, too much duplication across multiple cashless systems, and higher costs. At the end of the day, the payment system is a public good, and getting the optimal payment system requires a push from the government.

Good policy is of course always about trade offs – in this case, Nevinomics believes the good outweighs the bad… but, as always, this is an empirical question – let’s watch what happens in Sweden. If the outcome is good, Canada should take note.