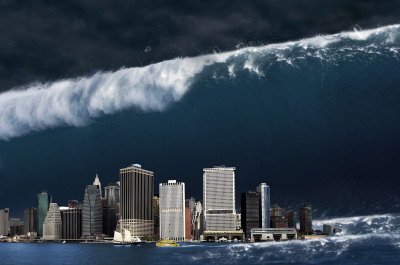 The Eurozone economy is running an enormous current surplus (current account) of almost Euro 250 billion in 2014. As The Globe and Mail (Canada’s leading national newspaper) rightly points out,1)While the original article is available to subscribers only, this link to breakingnews.com from November 19, 2014 provides a brief abstract of the conclusions of the article. Accessed March 8, 2015. this is an economic disaster. Nevinomics agrees.

We tend to think of surplus as a good thing. The term has a positive connotation and it is surely better to be in surplus than deficit. But the global economy is a closed system. One nation’s (or continent’s surplus) is another nation’s deficit. In the case of the Eurozone, the massive current account surplus is a giant warning sign that all is not well.

Basically, Europeans are not consuming enough. Whether it is the Greeks that have endured years of austerity-driven misery, or the aging Germans that save in fear of the future, aggregate demand is too small (See How Do We Manage Economic Decline?). Investment opportunities are few, as the infrastructure is largely built, and the population is shrinking, so demand for a company’s products is unlikely to increase.

Nevinomics has already commented on what is going to become a big issue in Economics and society: identifying optimal policies for when the economy is shrinking, which it will surely do in cases where even good productivity growth cannot outpace declines in the working age population (see System Deterioration: The Impact of Universal Austerity). Europe’s current account surplus is another piece of evidence that Europe has already arrived there.

So here is a suggestion, building on something many Europeans do very well – build the world’s best leisure society. That is, pursue public policies that allow Flourishing that is not dependent on necessarily working that hard, or reaching the top of the pyramid. In highly productive economies (which we hope are the economies of the future), fewer working hours will be required for the same economic output. So, a Flourishing society is going to have to figure out how to Flourish when people work less (and perhaps, heretically, figure out how work will be divided). And we already know Flourishing takes money (Flourishing and the Velocity of Money), so a Flourishing leisure society will certainly increase aggregate demand.

So Europe has the chance to put Nevinomics in Action in a big way – I hope they are up to it.